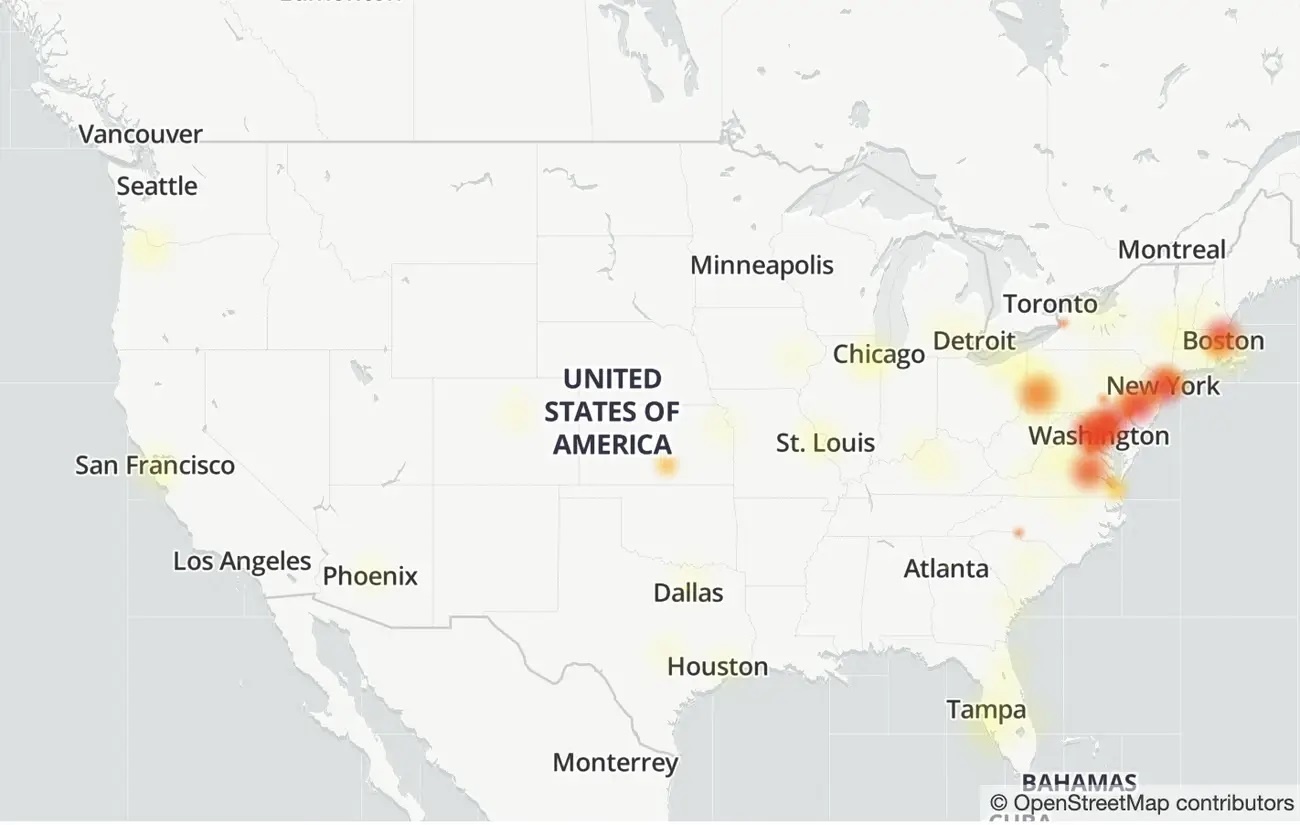 People are reporting issues using major websites on Tuesday, and it appears to be related to outages impacting Verizon’s Fios service.

A spokesperson for Verizon, which had more than 2,000 reports on DownDetector, told Insider it was looking into the reports. Verizon’s support account on Twitter wrote that “There is a fiber cut in Brooklyn. We have no ETR, as of yet” and directed impacted users to use the My Fios app for updates.

Verizon Fios customers along the East Coast took to social media to report issues with their service.

The number of issue reports on outage-tracking website Down Detector spiked on Tuesday for websites including Zoom, Gmail, Spotify, Slack , and Amazon’s Web Services, among others, but many have told Insider their services were working on their end.

Amazon, whose Amazon Web Services helps power services like Zoom and Slack, said it was “investigating connectivity issues with an internet provider, mainly affecting the East Coast of the United States, outside of the AWS Network. We are investigating the issue with the external provider.”

Later on, the company further clarified that between 11:26 a.m. 12:46 p.m. ET, some East Coast AWS customers experienced connectivity issues. “Connectivity to instances and services within the Region were not impacted by the event. Internet traffic to/from other external providers was also not impacted. All AWS services continue to operate normally.”

Before noon ET, DownDetector showed more than 1,200 people reporting problems with Amazon Web Services, but the number of problems has since tapered off. An Amazon spokesperson told Insider the company did not see any issues on its end with the cloud service.

Zoom and Google had more than 4,000 user complaints on Down Detector Tuesday morning, but did not immediately respond to a request for comment. Slack and Spotify issue reports also spiked, but Slack told Insider in a statement that its service was “currently up and running”  and Spotify said that “All seems to be normal on our end at present.”

On the first day of the new year, Slack was down, and in November last year, sites using Amazon Web Services experienced a massive outage.